We know much about the large brown kelps and fucoids, but next to nothing about the more rare and often minute brown algal species. The project “Mapping and DNA barcoding the brown algal diversity within the orders Ectocarpales, Ralfsiales and Sphacelariales in Norway” aims to gain more knowledge about these. The project is funded by The Norwegian Biodiversity Information Centre and is part of The Norwegian Taxonomy Initiative, it started in 2021 and will finish in 2024. The project coordinator is Kjersti Sjøtun at the University of Bergen, and project partners are Stein Fredriksen (UiO), Tove M. Gabrielsen (UiA), Vivian Husa (IMR), Franz Goecke (NMBU), Line Le Gall (Muséum national d’Histoire naturelle, France), Florence Rousseau (Muséum national d’Histoire naturelle, France), Trevor T. Bringloe (Department of Fisheries and Oceans Canada, Canada) and Manuela Parente (Universidade dos Açores, Portugal).

Around 160 brown algal species are presently known from Norway, and of these 108 species belong to the Order Ectocarpales. These may have very different morphologies (see photos). Around ½ of the Ectocarpales species have a small or even microscopic thallus and constitute a group that has not been well studied. Molecular data lacks for most species of Ectocarpales in Norway, and it is expected that many of the genera may comprise cryptic species. Another group of brown algal species where information lacks are the crust forming brown algae. The project will aim to collect new information and genetic data on these groups of brown algae.

Examples of members of the order Ectocarpales: 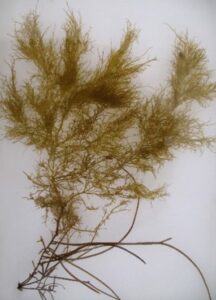 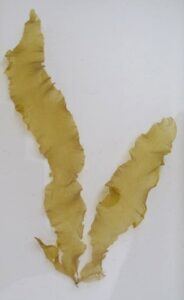 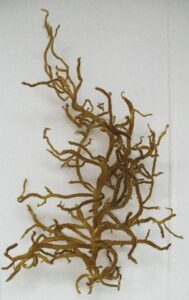