A nice bunch of six cruise participants, coming from the University of Oslo, University of Bergen, Norwegian University of Life Sciences, Institute of Marine Research and Muséum national d’Histoire naturelle, headed northwards past Alverstraumen and into Lurefjorden with the boat Hans Brattström, on a quest to find small brown algae. It was pouring rain, and we were equipped with triangular dredge, sou’westers and diving equipment for snorkelling. We established a lab in the driest lab in the boat with microscopes and started to sample in different localities in the area we searched around Fensfjorden. We could see that in the shallow parts everything was covered with filamentous brown algae like Ectocarpus siliculosus and Pylaiella littoralis, and the first day we asked ourselves: Will we find anything else than Ectocarpus? And will it ever stop raining? 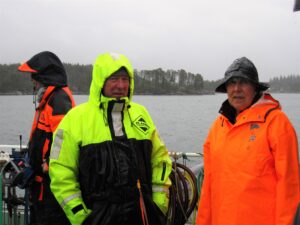 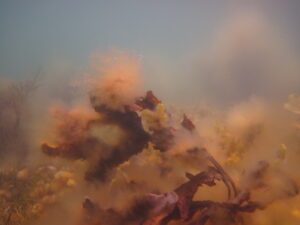 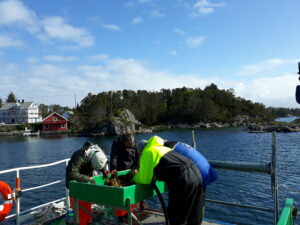 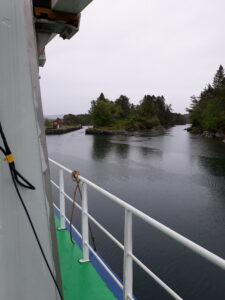 There was no need to worry; we found much more than Ectocarpus and Pylaiella. And by and by the more rare Ectocarpales turned up in the catch, and also some of the very small species of the target list. Since we needed to have fresh material for the DNA barcoding the evenings became long. First the collected material went through a first round where we sorted out specimens and material which could look interesting and put this in a tray or cooling bag. Thereafter we searched as much of the material as possible by using microscopes and keys and literature, took samples for DNA barcoding and pressed or otherwise preserved a piece of each algal individual we sampled. And at the end of the cruise, which ended in nice weather and sun at Maiskjæret, we had found altogether 35 species of Ectocarpales, of which 19 were species not yet with a COI-5P barcode from Norway. A nice result, and now the lab work waits. And the next cruise which will be in August, to Bømlo and Tjongspollen. 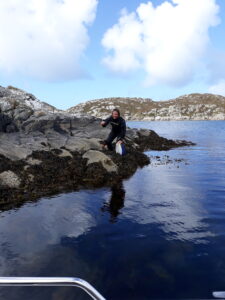 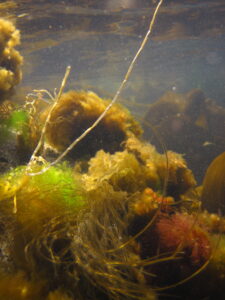 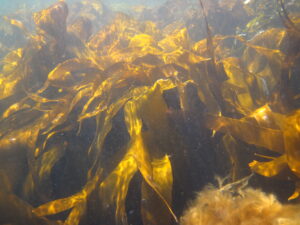